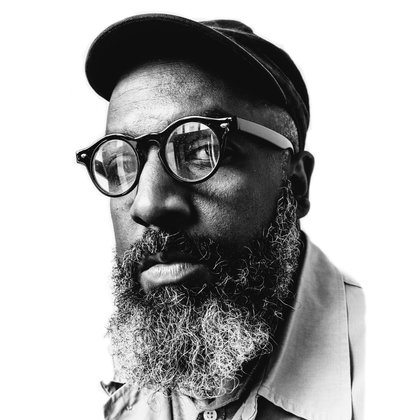 The judges praised Robinson’s work for “finding in the bitterness of everyday experience continuing evidence of ‘sweet, sweet life.’”

The book is divided into five sections, each of which ends with a poem exploring the theme of paradise, with topics ranging from London’s tragic Grenfell Tower fire to the Windrush controversy. Issues of migration, racism, identity and inequity, are all presented in bold, raw, and honest ways.

Maybe it’s the sting of dissent, maybe it’s the hint of West Indian swagger that makes the reader curious to see where Robinson’s poems go, but he has a rare ability to place himself in the midst of things and yield to that immersion, yet remain a truthful observer. Robinson’s words are a balm to the bitterness of life — the collection compassionately recognises the humanity within us all, bound together by an almost reverent tone of dignity, even in powerlessness.

I got in touch with Robinson shortly after his win and chatted with via email about winning the prize, the collection itself, and why empathy is so important.

Janine Mendes-Franco (JMF): Congratulations! “A Portable Paradise” is a really important piece of work. Is the prize something you’d had your eye on, or did the win come as a happy surprise?

Roger Robinson (RR): I never have my eye on prizes, but I appreciate the prize. I’m always about getting the poems to people rather than trying to win a prize. I do like how the prize is getting me to a wider range of reader, though.

JMF: Interesting that Eliot himself was American-born but chose to live and work in England. You, on the other hand, were born in England and, having returned to Trinidad as a child, also chose to eventually settle in the UK. Have you thought about those parallels and why, for instance, Trinidad might be good for formation, but England might be better for creation?

RR: Hmmmm…interesting. I think Trinidad is also good for creation, but England is good for commerce and access to the international publishing industry.

JMF: The UK Guardian described you as a “British-Trinidadian dub poet.” Do you identify with that? How would you explain what “dub” poetry is to someone who’s never heard that genre of music or listened to a spoken word performance?

RR: I’ve made a few dub albums. I think other people have called me a dub poet; I’ve not necessarily referred to myself that way. Dub poetry to me is poetry influenced by reggae rhythms, with a working-class focus.

JMF: It’s not coincidental that music has played such an integral role. You have a band (King Midas Sound), you’ve done recordings and music videos, and while all poetry has rhythm, yours has a musicality that stays with the reader. How did you hone your craft into something this unique and feels so authentic?

RR: I don’t know. I think I write from the things that interest me in a moment and I’m truthful to my interests. I don’t think it was a planned thing. Honing craft came through enjoyment of the rigours of practice.

JMF: It’s a daring thing, to be a truth-teller when the truth is a difficult thing to come by. Some of your work is almost like an intersection of journalism and poetry. Is it important to you that your collections are read by those who see “truth” differently from you?

RR: I think that I write like I am, so I’m no more daring than my own emotional truths. It’s no more important to me for people who see truth differently to read it, even though I like the idea of people developing and practicing empathy. The practice of empathy by all different types of people would be more important to me.

JMF: Were there truths you believed about yourself in Trinidad (which I assume was your benchmark for paradise), that did not translate in the UK? If so, did poetry help bridge the gap? What make you start thinking about the idea that paradise might be portable?

RR: I started thinking that paradise might be portable because I wanted it to be — and because my grandmother went to England and brought most of her 11 children to England on the money she made sewing dresses. Her children were her paradise.

I think in England I got a sense of myself as an international artist, which I did not get in Trinidad.

JMF: Quite a few of your poems in this collection have an underpinning of faith in something greater — a more enduring paradise if you will. What did you want this to accomplish?

RR: I wanted people to understand the power of prayer in their time of trauma.

JMF: The “hero” of many of your poems is the underdog in general and the migrant specifically. How, if at all, does the outsider experience inform your writing?

RR: Hmmmm…I can’t tell; I’m too close to it to see. I’m sure it does. I mean, when I came to England I lived in tower blocks so I knew about living in one. I guess it made me see things in a different way.

JMF: I understand you might be coming to Trinidad for the 2020 Bocas Lit Fest. Are you interested in connecting with other Caribbean writers?

RR: Yeah, I am coming to Bocas and I’m definitely interested in meeting other writers. Trinidadian poets like Andre Bagoo, Shivanee Ramlochan and Muhammad Muwakil are gaining in world recognition, and I’d love to connect with Caribbean writers when I’m there.

JMF: Who have been your greatest influences?

JMF: Poetry in Trinidad and Tobago is not necessarily well consumed, though it weaves its way into everything from soca and rapso music to spoken word performances, all reminiscent of the call and response tradition of the kalinda [martial art]. In a sense, all this is Caribbean poetry. Why do you think poetry is a powerful medium?

RR: I think it’s powerful because it helps people to practice empathy. Also it allows people to observe someone practicing vulnerability. A lot of inhumanity will occur without empathy and vulnerability.

JMF: Any advice for regional poets?

JMF: What are you most proud of when it comes to this collection?

RR: That I didn’t leave anything back. I gave it all.