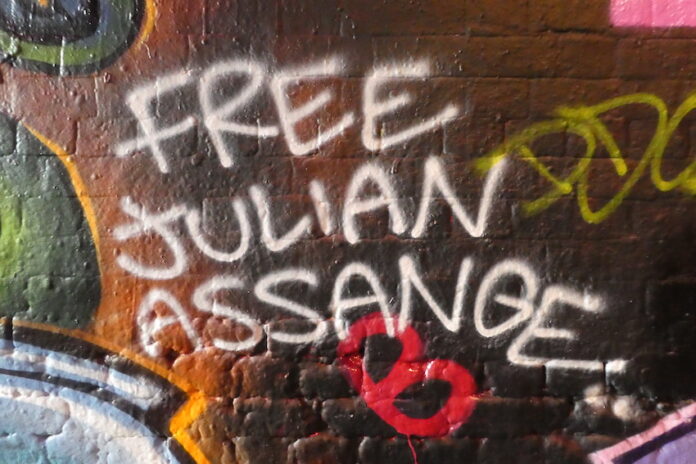 Time is fast running out to get justice for Julian Assange. The court hearing for his extradition to the United States continues in earnest on 7 September 2020 in the United Kingdom. The ongoing campaign to free the Wikileaks founder has ramped up in recent weeks.

Wikileaks was launched in 2006. It has published leaked and classified information from the U.S. government and other sources. Major instances include the Afghanistan and Iraq War Logs, and Cablegate. Assange collaborated with US Army whistleblower Chelsea Manning on these leaks.

Eight years ago Assange sought asylum in the Ecuadorian embassy in London, and was imprisoined in the United Kingdom’s Belmarsh Prison for breaching bail. The extradition case relates to indictments for conspiracy to commit computer intrusion and espionage. He has been accused by the American government of putting lives at risk. 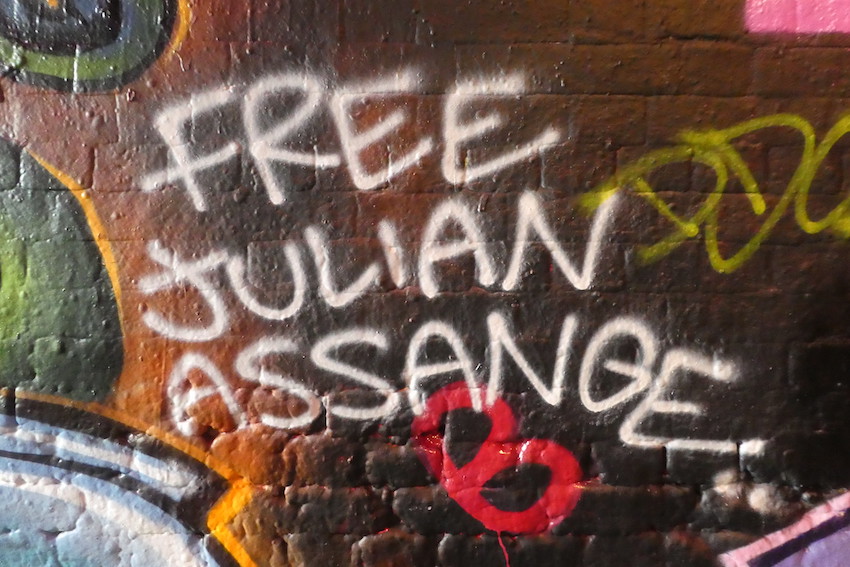 One hundred and sixty-nine journalists and academics recently sent a letter to UK Prime Minister Boris Johnson calling on him to bring an end to the proceeding. It followed a fresh US extradition request with amended charges:

The extradition to the US of a publisher and journalist, for engaging in journalistic activities while in Europe, would set a very dangerous precedent.

The Official Australian Website in Support of Julian Assange has published an interview with Andrew Fowler, Aussie investigative journalist and foreign correspondent. He raised concerns about Assange’s health:

It seems quite clear that there is an attempt by the British and US administrations to destroy Assange, either driving him to suicide or a psychological breakdown.

[…] The ultimate purpose of Assange’s treatment is a warning to others. Particularly other journalists. It’s the modern day equivalent of crucifixion, putting heads of enemies on spikes, or public hangings.

Many see this as a ‘show trial’, including the World Socialist Web Site. After the last hearing in mid-August, it argued:

[…] the US government has been building its extradition case and expanding the scope of its vendetta against all those who have helped WikiLeaks bring the truth to the people of the world.

The WSWS also called out the mainstream media for its inaction:

It is significant that not a single major news organization in the US even bothered to report the hearing yesterday.

In a recent post at OffGuardian, Binoy Kampmark attacked the British legal system for their treatment of Assange:

What awaits Assange next month promises to be resoundingly ugly. He will have to ready himself for more pain, applied by Judge Vanessa Baraitser. Throughout her steering of proceedings, Baraitser has remained chillingly indifferent to Assange’s needs, a model of considered cruelty.

Supporters can take their pick of a number of petitions that have been circulating online for some time. Amnesty International has one:

The right to freedom of expression and access to information must be protected.

Sign our petition to urge the US authorities to drop the charges against Julian Assange that stem solely from his publishing activities with Wikileaks t.co/derRZpt4Ba pic.twitter.com/GmELTNw9uw

Brisbane Assange Action Queensland has been promoting a campaign to involve Australian parliamentarians, believing it’s not too late to lobby them:

We want to say a HUGE THANK YOU to all the latest Australian MPs Standing UP & Speaking OUT for #JulianAssange because his human rights and Free Speech Rights are OURS!
There are now 24! (of 225)
CALL your MP tomorrow & ask to join the group#auspol2020 t.co/3IwOfZSECU

The UK-based Don’t Extradite Assange Campaign has an extensive collection of materials and videos and their own petition. They have an detailed document canvassing the issues here.

Australian Phillip Adams has a petition with over 500,000 signatures so far. He also has an updated list of protests. Australian rallies include Darwin, Sydney, Brisbane and Hobart. Among the protests planned internationally are Mexico City, Hamburg and San Francisco:

Sputnik News interviewed Juan Passarelli, director of the new documentary The War on Journalism: The Case of Julian Assange. He worked with Wikileaks for ten years.

There is an increasingly dangerous authoritarianism growing in the West, where people are being surveilled to a much greater extent than than the Germany Stazi ever was able to achieve, because of our digital spying apparatuses that we have in our pockets called smartphones.

Julian’s partner Stella Morris is raising money to fund his defence. Her CrowdJustice page has the latest update:

The outcome of this case has huge repercussions for press freedom. It is the first time a publisher has been charged under the Espionage Act. It would be the first time any foreign journalist is prosecuted and extradited to the US for publishing truths they didn’t like.

#Australia failed Julian #Assange. It should be a scandal to the entire Nation that one of their most courageous and notable thinkers, a journalist and technologist, is locked under harsh conditions. The Australian gov must advocate for his release.

Ask them to demand an end to any attempt to extradite #JulianAssange and then to #BringAssangeHome!! #auspol pic.twitter.com/rKOXcGRDuk

We can certainly expect #FreeJulianAssange and #BringAssangeHome to be trending on social media during the court hearing, which could take a long as four weeks.