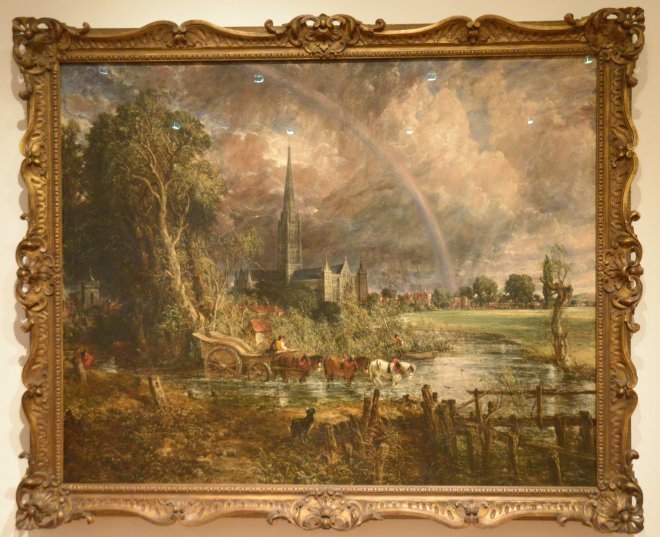 The painting shows a turbulent sky and a rainbow above the cathedral, with horses and a cart crossing the River Avon

Via Wikipedia “Possible political meanings have been attributed to it, one of which being the clash of industrialization and nature represented through the clash of elements.

Some symbolism in this painting includes:

During the 1990s a battle raged over the location of the controversial Salisbury bypass which would have impacted on the water meadows. In 1997 the Labour government abandoned the scheme but as with all proposed road schemes it might again reappear as the congestion in Salisbury still remains.

Source: adriancolston.wordpress.com/2016/04/03/salisbury-cathedral-from-the-meadows/
This article is licenced under Creative Commons: creativecommons.org/licenses/by/4.0/