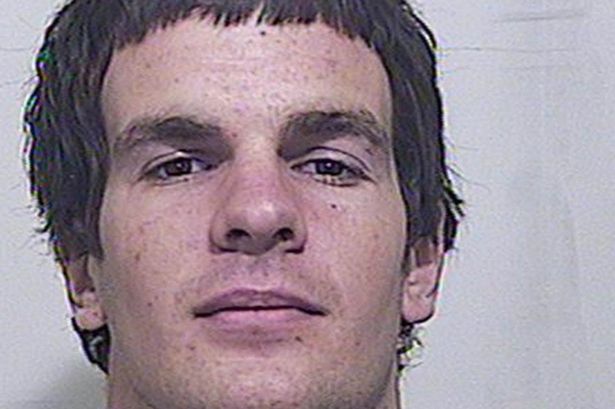 Daniel Hughes recently appeared at Swansea Magistrates’ Court and made at attempt to climb onto the desk of Judge Neale Thomas and proceed to arrest the court Judge as he did not recognise the authority of the Judge of the court. Security staff intervened to protect the judge.

Daniel Hughes was immediately taken to the cells and then refused to return to the court for his trial. The court was told how an enforcement officer from  Neath Port Talbot council had previously visited the defendant earlier this year in relation to a parking fine to which Hughes had not responded to. A clamp was fitted to Hughes’ vehicle which resulted in Hughes becoming enraged and grabbed the enforcement officer by his neck which resulted with red marks.

Kyle Gasson (Council enforcement officer said:  “I instantly knew the type of person I was dealing with. You are not there to be assaulted but it looked like it was going down that route. I asked if he was threatening me and he said: ‘Damn right I am making threats’. I am not there to be assaulted but you try not to get to that stage. I do not want to be rolling around on the floor.”

Disabled youngsters get a home away from home

Swansea soaks up burst of wildflower colour this summer

Latest from all networked sites

5 July 2022
You need to login to participate, comment, post, write articles, interact in social network etc.. One account for multiple websites in our expanding network
www.citizenjournalism.uk aims to cover all areas of the UK with a website to help hyperlocal citizen journalism and to empower communities. We have around 10 websites in our network and aim to add more as time goes on. We will also be adding a social network, classifieds, property, jobs, events etc. Anyone can write on any site, post articles, blogs, comments etc. If you register / login on any site in our network you will automatically be registered and automatically logged in to the other sites. This project receives ZERO funding from any source. We also aim to keep our network of sites advertisement free.