Meet Dan Morgan. Dan is running a far right group in different social medias. At the moment, Dan is actively campaigning for street names and statues which glorify oppression and slave trading to remain.

Within his group, another admin is Stan Theman, aka Stan Robinson. Stan is currently running for election as a Swansea Councillor. Further information about Stan Robinson is provided in the link to WalesOnline below. In their article they show that Stan is campaigning against the removal of statues and place names which seek to glorify racists / oppressors and slave traders. This is done along with Dan Morgan. Also in the article its shown that Stan Robinson has made derogatory comments towards Pakistani people.

Dan Morgan has made multiple veiled threats to people who disagree with his opinions in facebook along with Stan Robinson who has declared someone to be a peadophile.
Let the above sink in, – a future prospoective Swansea official, namely Stan Robinson declares a member of the public to be a paedophile simply because the member of public disagreed with the views of Stan.

Regardless of the derogatory comments made, none can be as alarming as Stan Robinsons comments declaring a member of the public to be a paedophile all because there was a disagreement in opinions.

Editors more: Some parts of this article have been removed. Author has been advised it can be published only with verifiable evidence of the accusations.
Additional note: Whilst the future prospective Swansea candidate Stan Robinson is shown to be a racist (from Walesonline article) as well as arguably from his own posts, this is not a reflection on Swansea City Council. Any person can stand for election. In this case, I am personally horrified and shocked that someone standing for election (Stan Robinson) can declare a member of the public a paedophile for no reason other than they disagree with the public viewpoint. Quite simply, this person does not show the qualities of being a Councillor as clearly has no integrity nor credibility, this can be seen from their actions and behaviour to those they disagree with. 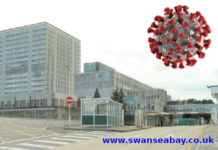 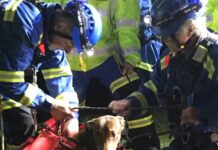