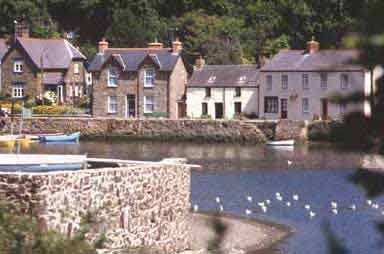 Fishguard is a quaint little town which you can explore in two parts. The lower town is the older and more picturesque with many tiny fishermen’s cottages lining the old harbour which has been the setting for a number of films, including an adaptation of Dylan Thomas’s ‘Under Milkwood’ and an Orson Wells version of ‘Moby Dick’.

Upper Fishguard is the main shopping town of North Pembrokeshire and has a busy Thursday market where you can buy local butters, bacon and laver bread which is made from seaweed.

Fishguard has a surprisingly exciting history, being the site of the last invasion of Britain! 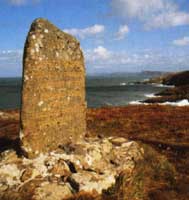 On 22nd February 1797 a number of French ships landed a small army who proceeded to get drunk very quickly on local beverages. While the men of Pembroke Yeomanry were assembling, a local woman called Jemima Nicholas, rallied a group of other women who marched upon the French wearing the traditional Welsh red coats and tall hats.

The drunken French, seeing the strange costume were convinced that a militia of crack troops was about to descend on them, and surrendered immediately. Jemima herself is reputed to have rounded up a dozen invaders using only a pitchfork. 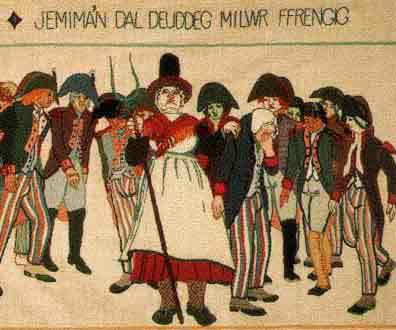 You can find the grave of this heroine in the local church of St.Mary’s. To mark the bicentenary of the invasion, a huge and detailed tapestry, similar to the Bayeux tapestry which describes the 1066 invasion, was commissioned and now hangs on public display.

Around Fishguard you will find some of the most rugged untamed coastline in Britain. In particular Strumble Head, the nearest point to Ireland, has incredibly dramatic views and makes you realise how terrifying the journey must have been for the early Pilgrims. 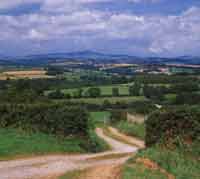 Inland you can explore the deeply wooded Gwaun Valley, one of the last retreats of the otter and a place where the small farming community still lives by the Georgian Calendar. The only place in Britain with an excuse for two new year celebrations!

The local pub, The Duffryn Arms [better known as Bessies] is a surviving example of the old ale house where beer was brewed in the back of the house and served through a hatch or window in a jug.

From the Gwaun Valley you are well placed to explore the many megalithic remains and standing stones of the Preseli Hills.