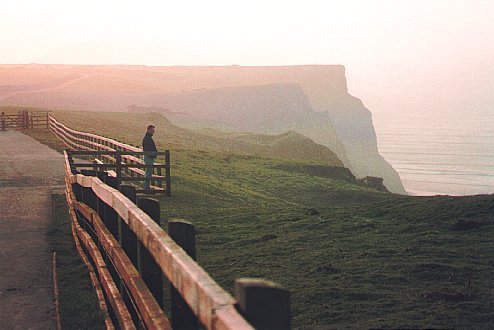 At just nineteen miles wide, the peninsular represents the epitome of ancient Celtic beauty and a microcosm of old-world charm – Gower is the very pride of Wales … Gower is a living Welsh poem.

Some of the oldest human remains have been discovered on Gower; a testimony to the people who have lived on this dramatic, golden-soaked coastline for many thousands of years. Some villages are buried beneath the sands, but other monuments stand above land as a reminder of the civilisations which existed long before time froze over Gower.

Reaching the peninsular is a seamless journey travelling west from Swansea Bay for just a mile or two. Many people like to walk the coastal path from Swansea Maritime Quarter which ensures you never lose sight of the angry sea crashing on the rocks below. In no time you’ll reach the peninsular’s first dazzling golden bay, or a cosy Gower village pub … your sensations will start tell you that you’ve walked into a dream. 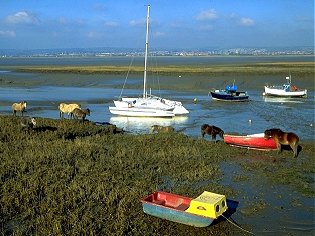 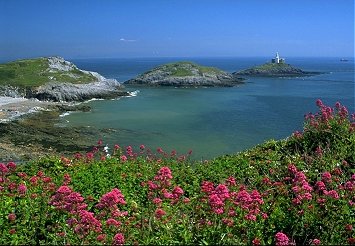 For many, Mumbles lighthouse is more than just a beacon to warn ships of the impending danger of the Mumbles rocks at Swansea Bay – it’s also an illuminated gateway to Gower peninsular. For locals, the lighthouse iconises Swansea Bay and is a reassuring sight to all.

Mumbles Lighthouse is located on “Mumbles Head” – the outer island of three striking rock formations which characterises the western flank of the bay. The lighthouse was established in 1794 and was necessitated by several wrecks. Its primary purpose is to guide maritime vessels safely into the bay and it’s visible to approaching ships for some 16 miles. At low tide level the lighthouse is accessible on foot from neighbouring Bracelet Bay but low and high tide times need to be confirmed, due to the inevitable dangers of being cut off from the Mumbles mainland. Conversely, the lighthouse station can be reached by boat at high tide, although this presents its own dangers.

The first lighthouse structure, built by the Swansea Harbour Trustees in 1792, collapsed on completion and was immediately rebuilt from the designs of Swansea architect William Jernegan. The present lighthouse structure was functional by 1794, and was lit by an open coal fire. Initially, two fires were arranged in a vertical format to distinguish the illumination from neighbouring lighthouses, but these were soon replaced by an oil lantern and a lens configuration simulating two beams.

Mumbles head fort was constructed on the rock in 1860, in preparation for a potential invasion by Napoleon III of France. Although such an attack was never forthcoming, the fort came into use again to contain a small battery of soldiers during the Second World War. Parallel with Mumbles Head is a 835 ft. wood and iron pier, built in 1898 as an entertainment’s terminus for the  Swansea and Mumbles Railway.

The last resident lighthouse keeper left in 1934 and in 1969 the lighthouse was converted to run automatically from electric power; this in turn has been converted to solar powered operation. The solar panels were established on the roof of the military fort. The beam of light consists of four flashes every twenty seconds – and fog horn facilities are installed for low visibility conditions. 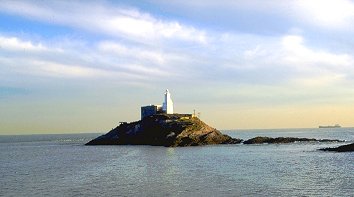 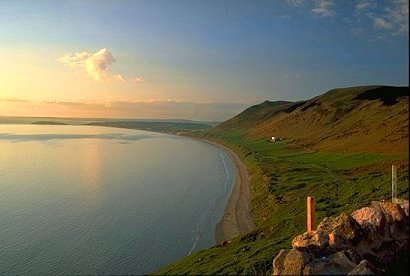 One of the most dramatic bays in Europe, three mile wide Rhossili Bay presents a staggering view across the adjacent cliff tops which rise above 200 feet. The dramatic hillside setting of Rhossili Down (pictured) rises to 600 feet above the sweeping bay and is a favoured launching spot for hang gliders and parascenders. Marking the south westerly tip of the peninsular, elongated island Worm’s Head points for a mile out to sea. The name is a corruption of an old Norse word meaning “dragon”. Prehistoric tools and bones have been found within a dark chamber at the tip of this mysterious headland. The location is an archaeologist’s treasure trove with an Iron Age camp, Megalithic burial mounds, and “Sweyn’s Chambers”, which charts the Stone Age presence of human habitation at Rhossili. The frame of an 1887 coaster wreck, “Helvetia”, is visible in the sands. Home to rare species of wildlife, Rhossili has been in the ownership of the U.K. National Trust since 1967. In past centuries, Rhossili has been a regular haunt of smugglers and a haven for pirates – nearby Brandy Cove derives its name from an illegal liquor trade rife in 19th Century Gower. The charming village centre offers traditional Welsh teashops and the Worm’s Head Hotel (below) provides glorious bayside views. Local church, St Mary’s, dates back to 12th Century; it’s original owners were the Knights Hospitallers of St.John of Jerusalem. The church has an original 14th Century window which was known as the “leper’s window” – its low position permitted contagious paupers to hear the word of the scriptures from outside only! The northern flank of the bay, Llangennith, entices surfers and windsurfers, and the remains of a World War II radar station lies ruined in the fading memories of Swansea’s most terrifying moments. The sandy island of Burry Holmes bears testimony to Rhossili’s enigmatic past – the remains of a 6th Century monastery are just visible where a stone wall protrudes from its cloak of sand. 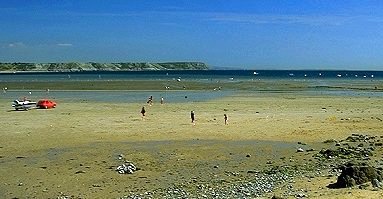 Oxwich Bay  is an intoxicating blend of almost interminable sand dunes, marshland, woodlands & picturesque thatched cottages. It is a microcosmic world of sea, hills, forest and wetlands. Its marshes are a nature reserve of Special Scientific Interest and the broad sandy bay is a favourite launch location for speedboats. The two mile bay is overlooked by a 500 year old Tudor castle, St. Illtyd’s Norman church, a Georgian mansion and an attractive waterside hotel. John Wesley, the religious reformer, resided here at one of the picturesque cottages close to Oxwich Green. 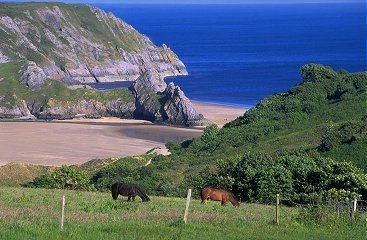 For centuries, Three Cliffs Bay has entranced visitors with its curious triple-toothed limestone formation. The remains of an Iron Age settlement bear testament to the existence of a cliff top community which enjoyed a similar view to the picture above. Tantalisingly, the buried stones of a ruined church support a Medieval fable about a village which lays buried in the expansive sands of Three Cliffs. A winding water channel snakes through the adjoining valley woodland which leads to the crumbling gate towers of Pennard Castle. Abandoned by 1400, William de Breos’s two-storey stone structure had only survived a hundred years of storms before the encroaching sand, rather than embattlement, claimed the castle. Nearby excavations at High Pennard have revealed thread and pottery evidence dating to the First Century A.D., which suggests Roman habitation. 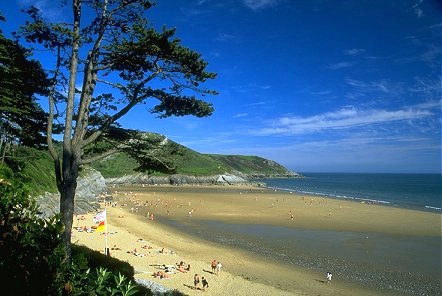 One of Swansea’s most popular bays is a powerful magnet for families, horse riders, windsurfers and surfers. Few people remember Caswell Bay’s old windmill, perched on the headland above the beach, and only the initiated are aware of the overgrown Iron Age hillfort which is located to the west of Caswell Bay. Landside of the bay, Bishop’s Wood Nature Reserve is popular with walkers, the woodland path is abbreviated by the ruins of Caswell Chapel, a square priest’s house and the stone lined aperture of St.Peter’s well and spring. 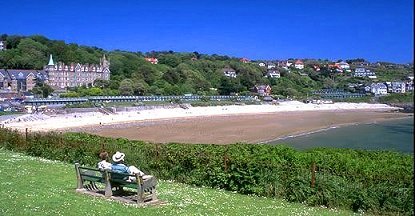 DistinctiveLangland Bayhas been a seaside playground for a hundred years or so. Characterised by its khaki and white bayside beach huts, Langland is a famous surfing bay. The tennis courts and exclusive golf club provide popular alternative land-based activities. Langland is a dramatic 2 kilometer cliff walk east from Caswell Bay via a narrow coastal path.