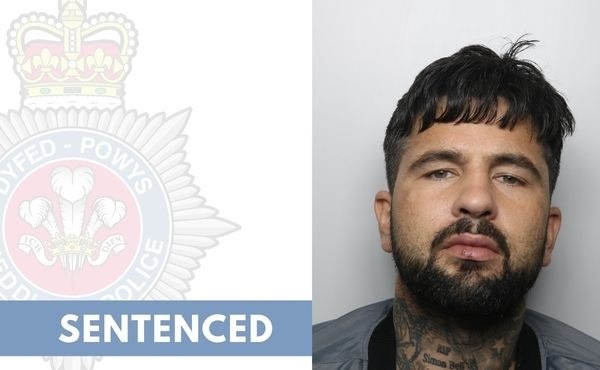 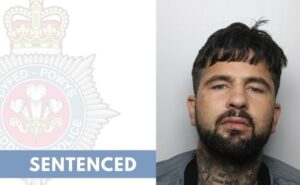 A man who filmed himself raping a woman on his victim’s phone has been sentenced to 10 years in prison.
Cameron Hassan, aged 31, of no fixed abode, attacked the woman, raping her as she slept in Ammanford on 21 August 2021.

Hassan, who was midway through his trial at Swansea Crown Court after denying any wrongdoing, changed his plea to guilty after the jury was shown the video of the attack.

He was back before Swansea Crown Court today and was sentenced to 10 years in prison .

Senior Investigating Officer DI Melanie Havard said the victim had shown great strength and determination throughout the investigation and trial.

“I must commend her tremendous courage in coming forward and the tenacity shown throughout the investigation,” she said.

“We appreciate this is not easy for anyone to do but the victim has expressed her gratitude to the officer in the case for her support and empathy throughout this process.

“We hope this case demonstrates that Dyfed-Powys Police acts on serious allegations such as rape and sexual assault with officers working tirelessly to secure justice for victims.

“If you are suffering because of similar abuse, please contact the police, or if you would rather speak to someone in confidence, New Pathways are an independent charity that will support you through every step of the investigation.”

New Pathways can be contacted at 01685 379 310 or email enquiries@newpathways.org.uk

You can report it to Dyfed-Powys Police online at: bit.ly/DPPContactOnline, by emailing 101@dyfed-powys.police.uk, or by calling 101.

Latest from all networked sites:

5 July 2022
Load more
You need to login to participate, comment, post, write articles, interact in social network etc.. One account for multiple websites in our expanding network
www.citizenjournalism.uk aims to cover all areas of the UK with a website to help hyperlocal citizen journalism and to empower communities. We have around 10 websites in our network and aim to add more as time goes on. We will also be adding a social network, classifieds, property, jobs, events etc. Anyone can write on any site, post articles, blogs, comments etc. If you register / login on any site in our network you will automatically be registered and automatically logged in to the other sites. This project receives ZERO funding from any source. We also aim to keep our network of sites advertisement free.