The British education TV series “Horrible Histories” by the BBC makes parodies of famous pop songs which help infuse general knowledge of historical events. It is based on a series of illustrated books. The videos are available online.

One of the music videos is called “RAF Pilot Song”. Paradoying British boy-band Take That’s famous hit “Relight my Fire,” it tells the story of the Battle of Britain, when around 3,000 aviators of the Royal Air Forces, with the help ground crew and newly-developed radar technology, prevented Nazi invasion of Great Britain.

The video, published in 2012, is alternatively titled “The Few” in reference to the then British Prime Minister Winston Churchill’s famous speech in which he said: “Never, in the field of human conflict, was so much owed by so many to so few.”

Hold fire! Is that some foreign chaps
Risking their necks?
That’s right, some of the bravest men
Were Polish & Czech!

The song addresses lesser-known facts about the battle, which lasted for four months in 1940, such as the participation of pilots who had escaped Nazi-occupied Eastern Europe.

It directly refers to two airmen: Josef František (1914-1940), who fought against the Nazis in the air forces of Czechoslovakia, Poland, France, and then the United Kingdom. He was the highest-scoring non-British Allied ace in the Battle of Britain, with 17 confirmed victories and one probable, all gained in a period of four weeks in September 1940.

Also mentioned by name is RAF captain Stanislav Fejfar (1912-1942), who first served in the air forces of his native Czechoslovakia. After his country succumbed to the Wehrmacht, he escaped, serving in the French forces in 1939 and then in the UK.

RAF Wing Commander George Blackwood, who was awarded the Czech Military Cross, said that without the help of Eastern European soldiers, the RAF would not have won the Battle of Britain. In their home countries, the contribution of those fighters is a mark of pride and celebrated in museums, books, and comics.

The second part of the song tells the story of British fighter ace Douglas Bader (1910-1982), who is referred in a verse as “Binky” (the pilots indeed had some curious nicknames). Despite having had both legs amputated after a plane crash in 1931, he rejoined the RAF following the outbreak of the Second World War in 1939. He is credited with 22 aerial victories, four shared victories, six probables, one shared probable and 11 enemy aircraft damaged.

Many of the pilots of the Battle of Britain were 19-year-olds who went into the cockpit straight after high school. The fight left more than 1,500 casualties for the RAF, and over 2,500 dead, plus a thousand captured aircrew, on the side of German Luftwaffe. Almost 15 thousand British civilians were killed and over 20 thousand injured on the ground.

It is with a heavy heart & incredible sadness to advise the tragic news that Battle of Britain hero Archie McInnes sadly passed away last night, just hours after celebrating his 100th birthday amongst friends & family. An inspiration & hero of a man – rest in peace dear Archie 💔 pic.twitter.com/AEi88AhvEi

Battle of Britain has been frequently alluded to in pop culture, with the heavy metal song “Aces high” by the band Iron Maiden being probably the most-known example. This 1984 classic song features another famous 1940 Churchill quote: “We shall fight on the beaches.” 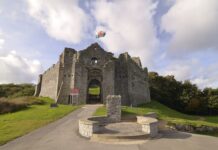 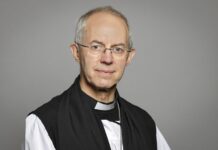 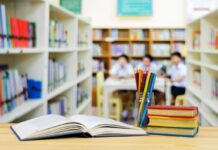