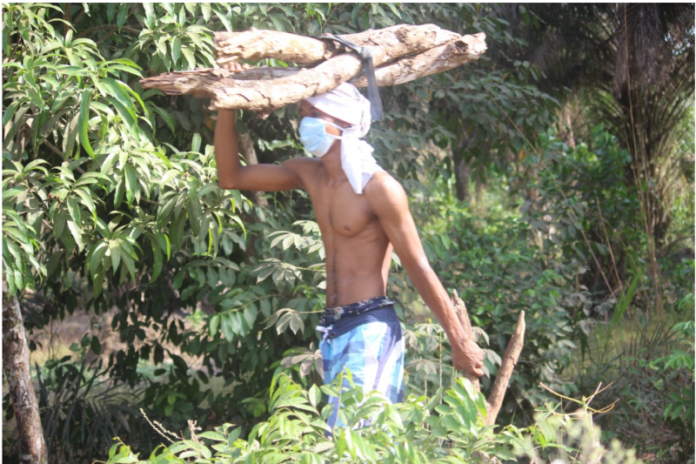 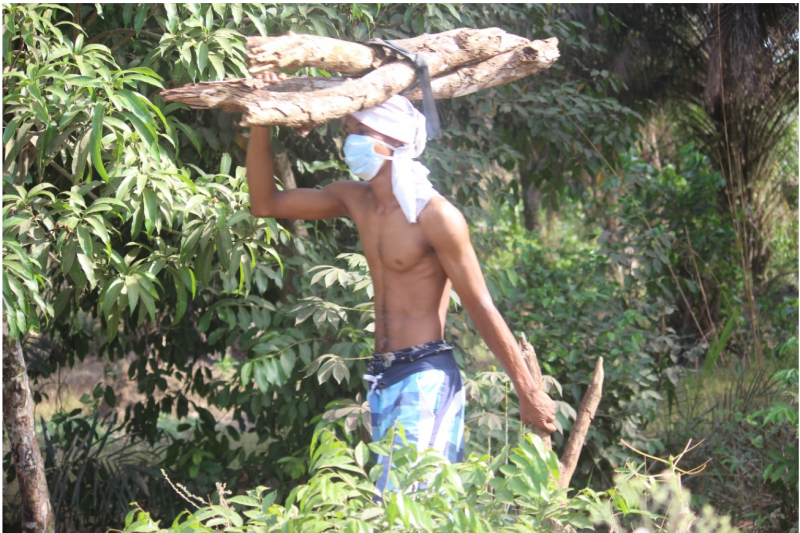 COVID-19 lockdowns have yielded dramatic scenes of natural recovery: smog disappearing from the skies of India, waterways of Italy becoming clear for the first time in memory, wild mountain goats roaming the streets of Wales, sea turtles returning to the beaches of Brazil. Many people, while confined to their homes, have had time to think about these revelations. Stories about everyday life brought to a standstill provide unique insight and allow for a reflective pause. Is this also a window of opportunity? Global Voices contributor Andrew Kowalczuk is a green technology engineer and former biomedical researcher. We interviewed him on implications for health, wildlife, and climate change in the post-COVID future.

Kevin Rennie (KR): We have seen the spectacular reappearance of animals in habitats and urban areas during lockdowns in the COVID-19 crisis. What are the new opportunities for or threats to wildlife?

Andrew Kowalczuk (AK): The resurgence of wildlife holds a powerful appeal, for several reasons. People, confined to these eerie quiets, find out they’re closer to nature than they had ever realized. And that is very hopeful, an atavism, or fascination with biodiversity, as contrast to urbanized living. The reverse side, however, is that humans are custodians of rare animals. Globally, eco-tourism is by far the number-one source of funding for national parks, wildlife reserves, and conservation initiatives. COVID travel restrictions directly caused the collapse of tourism, and therefore the economies, of those destinations. In Africa, Central America, and other locales, there has unfortunately been an increase in poaching. Desperation gives the motive, and absence of ranger patrols in wildlife preserves gives the opportunity. Hopefully, media attention will translate to better protection of vulnerable animals after COVID subsides.

KR: COVID-19 appeared in China in winter 2019, but there is still controversy about its exact origins, and whether that outbreak was preventable. How do these viruses get from the natural environment into humans?

AK: Historically, all of the largest pandemics were zoonotic. Meaning, a natural pathogen already present in animals, usually in mammals, jumped that gap between animals and humans. The Plague of Justinian, and the bubonic plagues in the Middle Ages, were a bacillus, originally from rodents. The 1918 influenza pandemic, that time was viral, by recombination of several mammalian viruses, from food livestock. Now with COVID-19, the difference today is that human overpopulation keeps encroaching further into natural environments, into more contact with previously exotic animals. That’s the lesson. Among coronaviridae, several closely related ones found in bats can cause human disease. SARS-CoV-2, the pathogen causing COVID, is again genetically very similar. And there were previous, recent warnings, in the form of the outbreaks of SARS-1 and MERS, in 2003 and in 2012. So, in theory, yes, COVID-19 could have been prevented, by curtailing those human-versus-nature transgressions in the first place.

KR: There has been speculation about the new coronavirus having been created or altered in a lab. Is that at all possible?

AK: Good question, actually. That’s what many people still want to know. SARS-CoV-2 definitely was not created de novo in a laboratory, that is not possible. So instead, let’s look at the more realistic possibility of deliberate genetic modification. Evidence found by mapping the DNA sequences and phylogeny makes that also very unlikely. The novel nucleotide inserts, found in the spike protein domains of SARS-CoV-2 coronavirus, are not something genetic engineers would logically do, in gain-of-function experimentation. Now, that doesn’t rule out the scenario of a naturally occurring strain, with features of clinical interest, having been isolated in a lab, then escaping. If that were so, history will tell that tale soon enough. What matters is that, in any case, prevention of future epidemics will depend on environmental responsibility. New viruses will continually emerge in nature.

KR: Some natural habitats are disappearing, as they are consumed and degraded by humans. Does slowing down by the pandemic buy time to reconsider those activities?

AK: Not necessarily, for example, deforestation in the Amazon basin in Brazil. The expectation was that lockdown would slow destruction of rainforests. Actually the opposite is the case, a sharp increase in deforestation by clearance of land beginning around April of this year as seen by direct observation and in satellite imagery. There’s a double-edged effect. First, Brazilian government choosing not to enforce environmental law, and even giving an amnesty for illegal logging. Next, tycoons whose legal businesses became unprofitable in lockdown turning their attention to the Amazon. The people directly cutting rainforest trees are impoverished laborers in a shifting, informal economy who know it’s illegal, often feel remorse, but have few other options for subsistence. Besides losing carbon dioxide sequestration, more intense fire seasons will result. And the loss of biodiversity is analogous, or synonymous, with the wildlife conservation question.

KR: Improvements in air quality have been reported around the world during lockdowns. How can we build on these?

AK: That aspect has been most remarkable to the most people, since smog occurs over dense urban areas. If suddenly, skies are more blue, and citizens breathe more freely, they realize a more healthy and sustainable life is within reach. COVID lockdowns were the largest restriction of population movement in human history. And that curtailed industrial and other sources of pollutants, particulates, and greenhouse gases. Global carbon dioxide emissions in 2020 will have had the largest annual percentage decrease since the Second World War, the effect is gigantic. Some major cities, such as Milan and Brussels, do intend to reclaim urban spaces from automotive traffic. And there’s an unprecedented baseline from which to estimate what it would be like without combustion vehicles. Compliance would otherwise be low, so yes, jurisdictions will take this opportunity to push through measures for improved air quality.

KR: Finally, what climate change challenges will we face in the post-COVID world? How can we best meet these?

AK: Well, thank you, and to all our Global Voices authors, for having taken such a comprehensive overview of the issues. In the short term, diplomacy on climate change policy has been somewhat interrupted by COVID. As for the economics, many gigawatts of renewably sourced electricity, which would have gone online in 2020, have been delayed in deployment. That said, the United States is expected, for the first time, to produce more electricity from renewables than from coal. Renewable energy can stimulate economic growth in the recovery from recession, in any nation. Especially as its production is decentralized. In science, the intense work on deciphering coronavirus genomics, epidemiology, and vaccines, has given more urgency and openness to international cooperation than ever before. That same model will be needed for climate change mitigation. So, there you have it. Thanks for the forethought in these questions and coverage, and in your foresight for the future.

You need to login to participate, comment, post, write articles, interact in social network etc.. One account for multiple websites in our expanding network
www.citizenjournalism.uk aims to cover all areas of the UK with a website to help hyperlocal citizen journalism and to empower communities. We have around 10 websites in our network and aim to add more as time goes on. We will also be adding a social network, classifieds, property, jobs, events etc. Anyone can write on any site, post articles, blogs, comments etc. If you register / login on any site in our network you will automatically be registered and automatically logged in to the other sites. This project receives ZERO funding from any source. We also aim to keep our network of sites advertisement free.